pastebox: Paste in an image, drag it out as a file

I made a tool to bridge that gap. As a result, it helps streamline my video editing process and makes it easier for me to communicate visually.

Many applications, both web and native, lets you drag in an image file, but won’t let you paste in an image. For example:

At the same time, many applications lets you copy image data out, but wouldn’t let you do the same with drag-and-drop.

So, there’s this disconnect between drag-and-drop and copy-and-paste. Bridging them together could potentially unlock a lot of use cases.

For example, I wanted to use Keynote to annotate my screencasts, which I edit in iMovie.

(I do own Final Cut Pro X, but I find it much more cumbersome to use. It is also much slower. It seems that my MacBook is not expensive enough to deserve Final Cut Pro 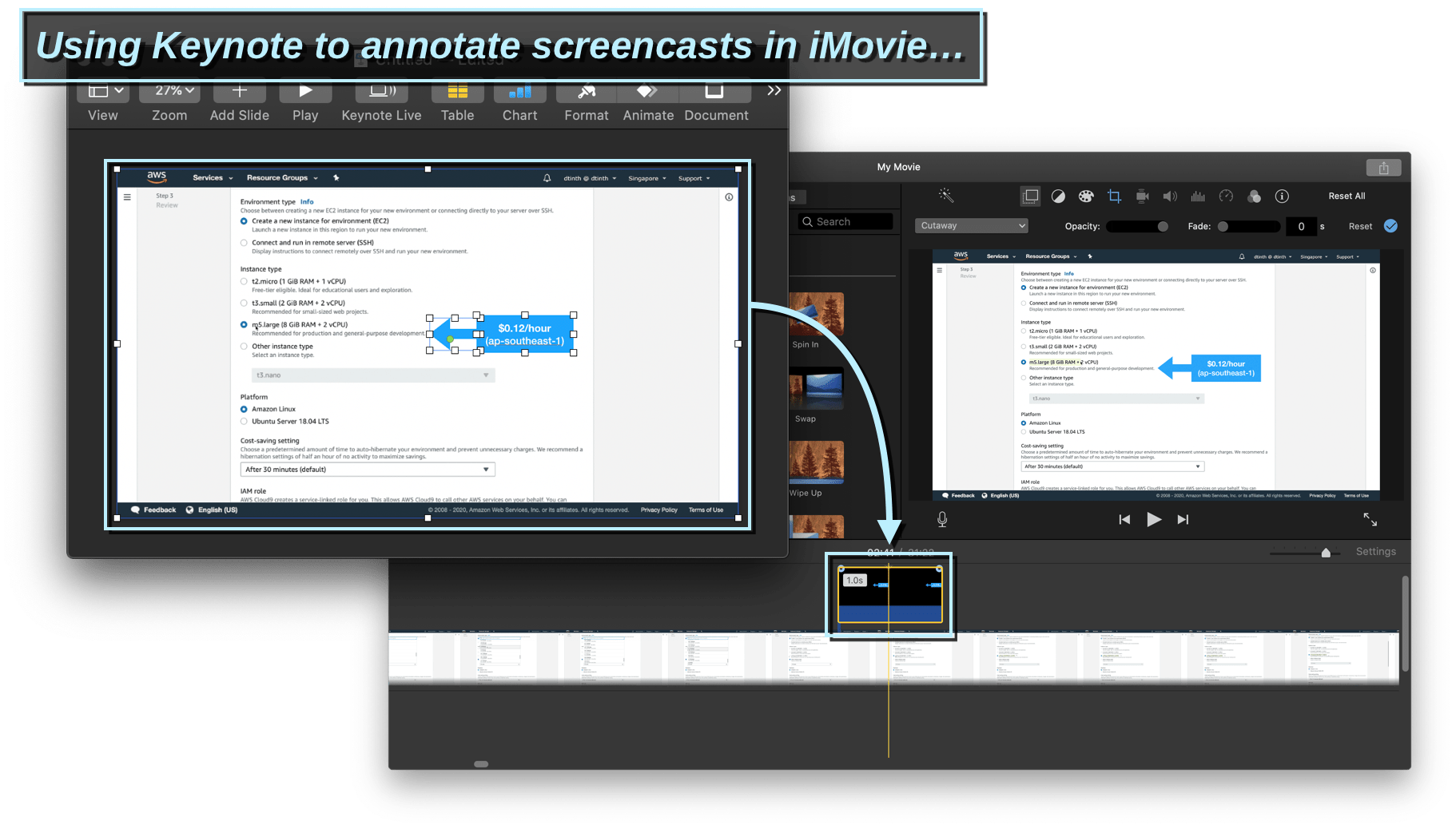 In theory this should work, but there’s a problem: 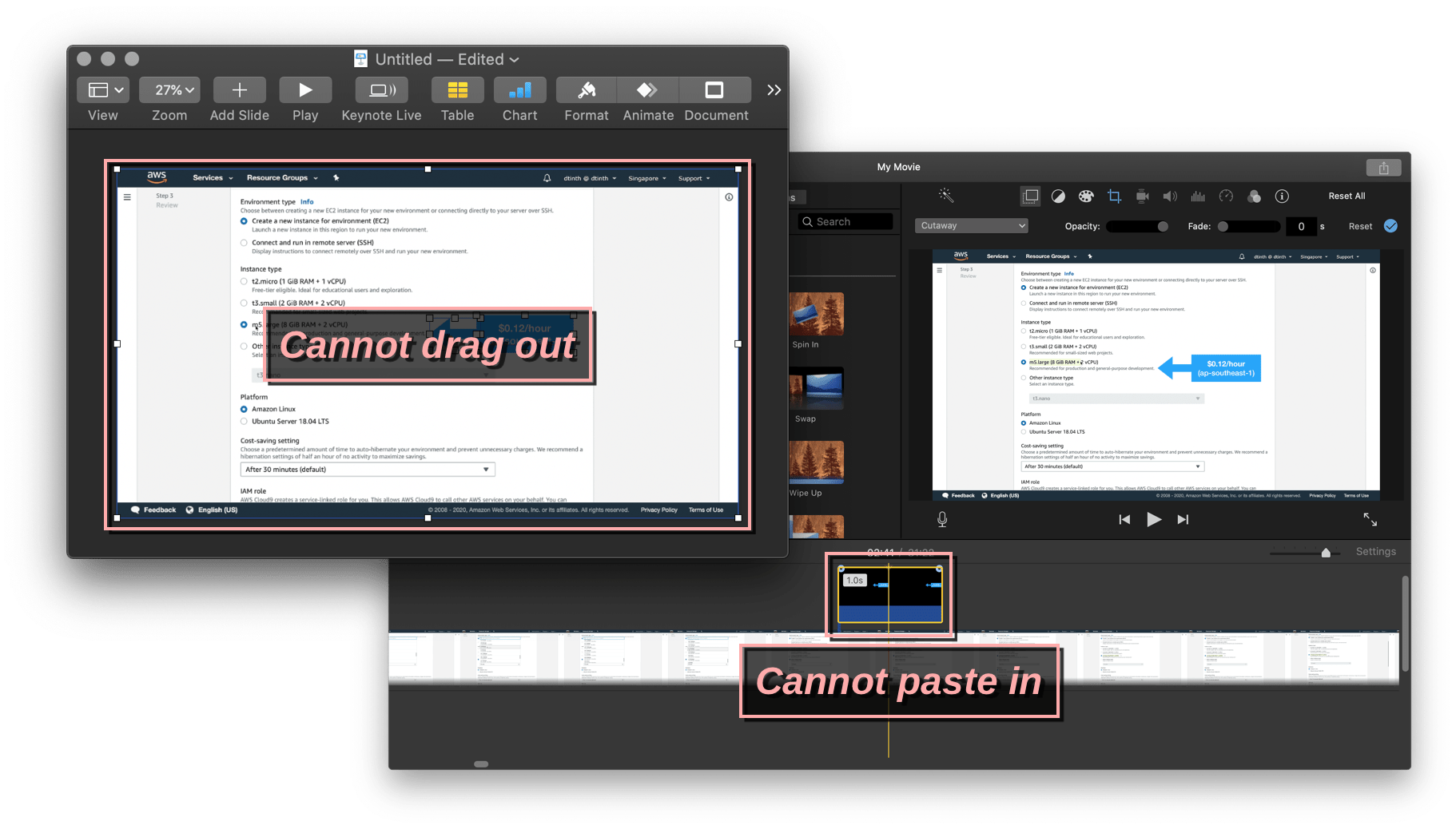 It is an Electron application that lets you to paste in an image, and then drag it out as a PNG file. 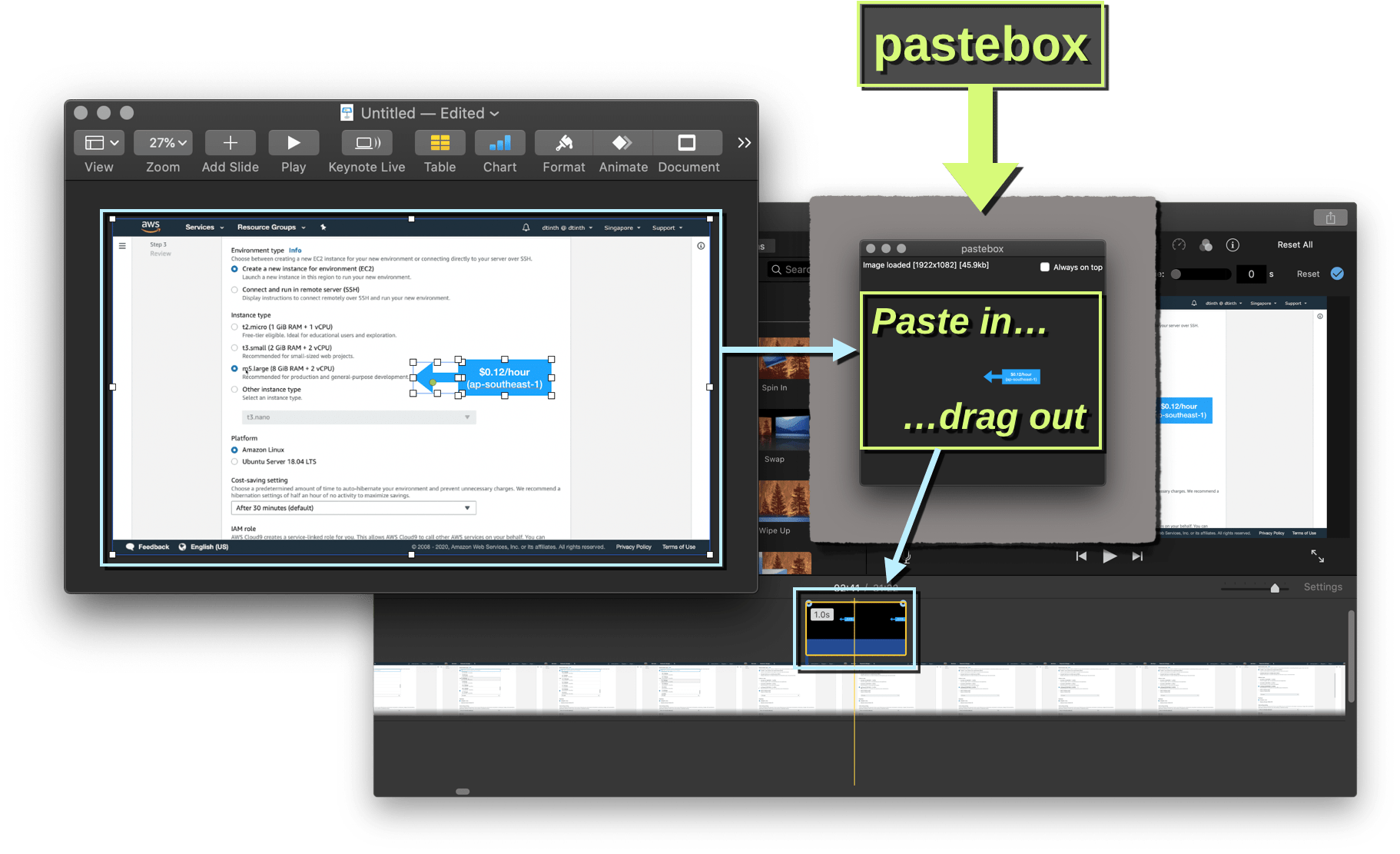 You can get it here:

I have not set up a release system yet, so you’ll need to compile and run from source code for now. If you want to help out, I would appreciate it a lot.

My main motivation for creating this tool is to streamline my video production process, so pastebox also comes with a built-in audio recorder. It uses WebRTC’s noise suppression algorithm to automatically reduce noise.

Press the r key to start and stop recording. After recording is finished, press space to preview. Once you are satisfied, you can drag it out as a WAV file. 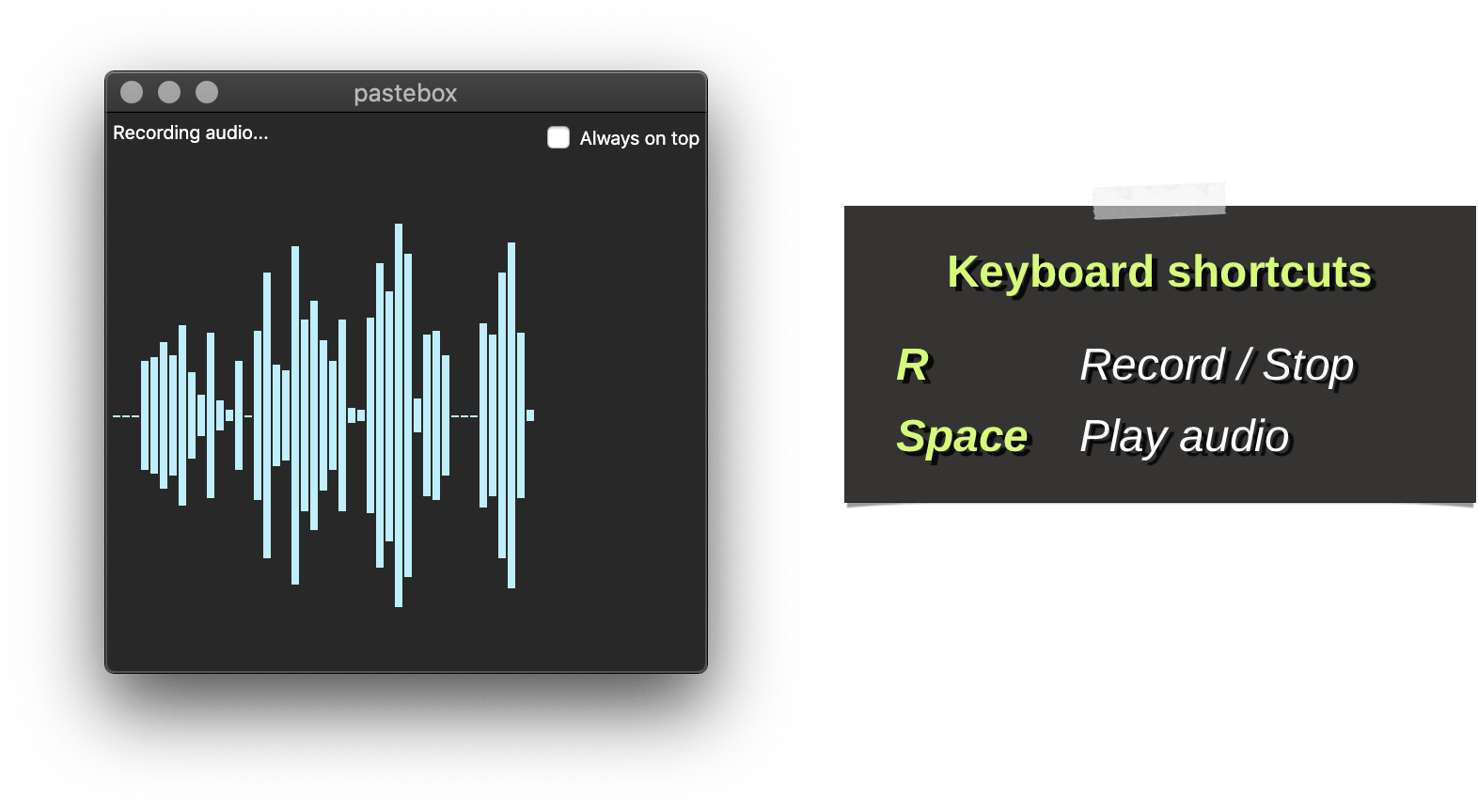 I hope you find this useful, and thanks for reading!